The Consumer Attorneys of California usually gather each fall at a San Francisco hotel and get dressed up to celebrate their new president and honor plaintiffs’ attorneys for their big victories at a dinner that ends with a musical performance.

As with everything else in 2020 during the COVID-19 pandemic, this year was different. The event, including several days of panel discussions, was virtual and included comments about how lawyers can deal with stress related to the virus and how much they missed getting together.

He urged attorneys to accept some compromises they would ordinarily shun, such as bench trials or private arbitration.

“What we may need to do is come out of this with some creative thinking,” Gwilliam said during a Saturday panel discussion.

Plaintiffs’ attorneys may have little choice. Judges from California’s largest counties said during their own panel discussion that while they hoped to resume civil jury trials in January, they might be postponed again by county health officials due to a resurgence of the coronavirus.

Most large counties have only held a handful of civil jury trials since March, when the pandemic shut down most courthouses for a while, the presiding judges said.

“It is going to take us time to get things under control,” Los Angeles County Presiding Judge Kevin C. Brazile said during a Saturday panel discussion, citing safety concerns. “Trials are going to take longer.”

Many of the honorees, as well as outgoing president Micha Star Liberty and incoming president Deborah S. Chang, got dressed up for the event — even if their speeches were made from their offices and homes.

Chang was sworn in by Chief Justice Tani G. Cantil-Sakauye. “You may be feeling isolated right now, but know that you are never alone,” Chang said during her acceptance speech.

Dale K. Galipo of the Woodland Hills-based Law Offices of Dale K. Galipo received the night’s top honor as 2020 Consumer Trial Attorney of the Year after winning a trial verdict and subsequent settlement for a client who suffered a torn retina while being beaten by a police officer in Rialto.

In his acceptance speech, Galipo recalled getting involved in such cases years ago because he was “so bothered by police misconduct and felt not enough was being done to stop it. It wasn’t always as popular as it is now.”

“This is a very important time for all of us to fight for everyone’s rights,” he added.

Conal F. Doyle of Doyle Law in Beverly Hills and Robert S. Gianelli and Joshua S. Davis of Gianelli & Morris in Los Angeles were honored as the organization’s Street Fighters of the Year in a case that led to amputees being able to get prosthetic limbs after being unlawfully denied by their insurer.

Doyle said the case “had a great impact on amputee health care nationwide.” 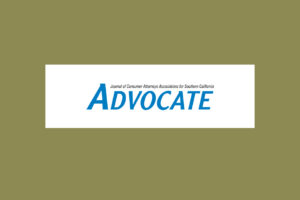 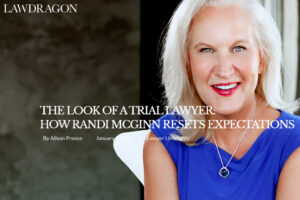 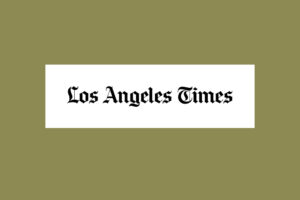 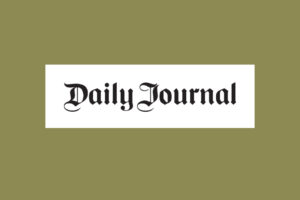